First, the Dolomites are amazing!  I've been to a lot of great mountains, but the Dolomites are up there as some of the most special I have ever seen.  Lush green valleys, great small towns, beautiful passes and stunning rock peaks.  This video gives you a better idea than I can trying to describe them!

Second, the Sella Ronda Hero is an awesome event!  Separate of this years World Championships designation, the Sella Ronda Hero is one of the biggest mountain bike races in the world.  4,000 riders in a mass start tackle the loop around the Sella range each year.  The event consumes the town complete with opening ceremonies, kids races, and pasta party.  It's a great vibe similar to Leadville with a good mix of world class elite riders and weekend warriors all out to tackle the same course. 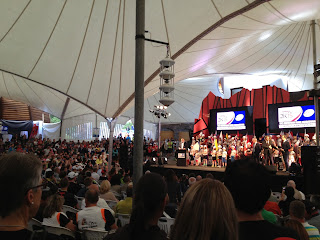 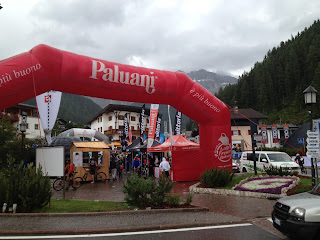 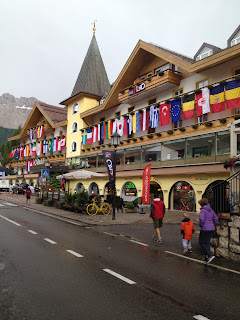 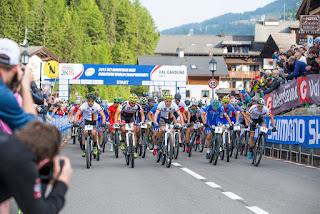 If you have a bucket list of big races to do in your lifetime you should add THE HERO
Third, I raced the World Championships!  It was an honor just to wear the Stars and Stripes and be part of the World Champs.  The field of racers was pretty amazing this year with Olympians, former World Champs, National Champs and all kinds of fast guys from 50 different countries.  I'll be the first to tell you I'm not at the same level as the guys leading the race, but my goal was to be competitive and finish top half.  That would be mean beating 70 of the 140 riders in the Elite race.
The first half went well and I was riding hard but comfortably and slowly moved up from the back and worked my way into the 90's.  The hardest climb was the 3rd of 4 main climbs for the day and was a 3,000ft beast with steep sections that were almost un-rideable even with a 30t front chain ring.  I knew that to move up and have my best race I just needed to be steady on that one and then pour on the effort and bury myself for the last hour and half of the race.

Going into that 3rd climb though, I started to feel the effects of the first 2.5 hours of the race.  Position wise I held where I was but could tell my power was dropping off a little.  Pacing and finishing strong is important in any marathon race.  It's especially important when the entire field is so strong.  My mind and body just didn't have that super day and I didn't find that special zone where I could push the last 2 hours at the same pace as the first 3.  I definitely kept trying and the effort level was high, but my pace still slowed into a good but not great result.  After 5.5 hours, 54 miles, and 13,000+ feet of climbing I was 94th out of 140 racers.
The US had some great results from Howard Grotts in 14th, Mike Broderick 92nd, Lea Davidson in 9th and Mary McConneloug in 28th.  We definitely have some riders that can be competitive at the biggest races in the world and I really hope we see more Americans take on the biggest marathons in Europe in the future.  For me I am truly thankful for the opportunity.  Thanks for reading, God Bless! 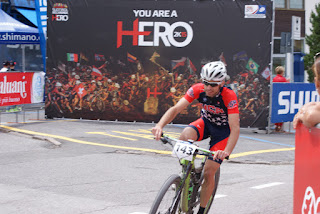 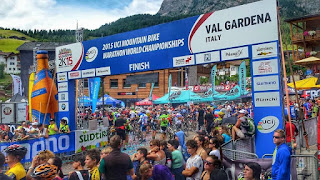 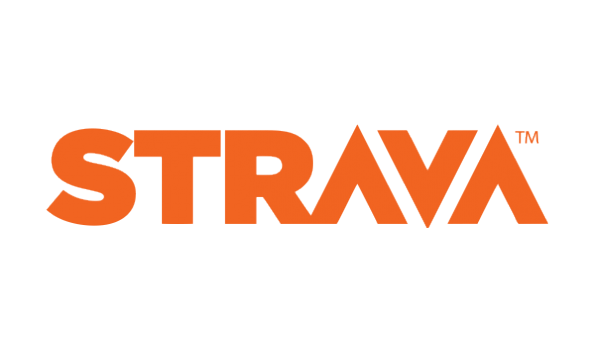